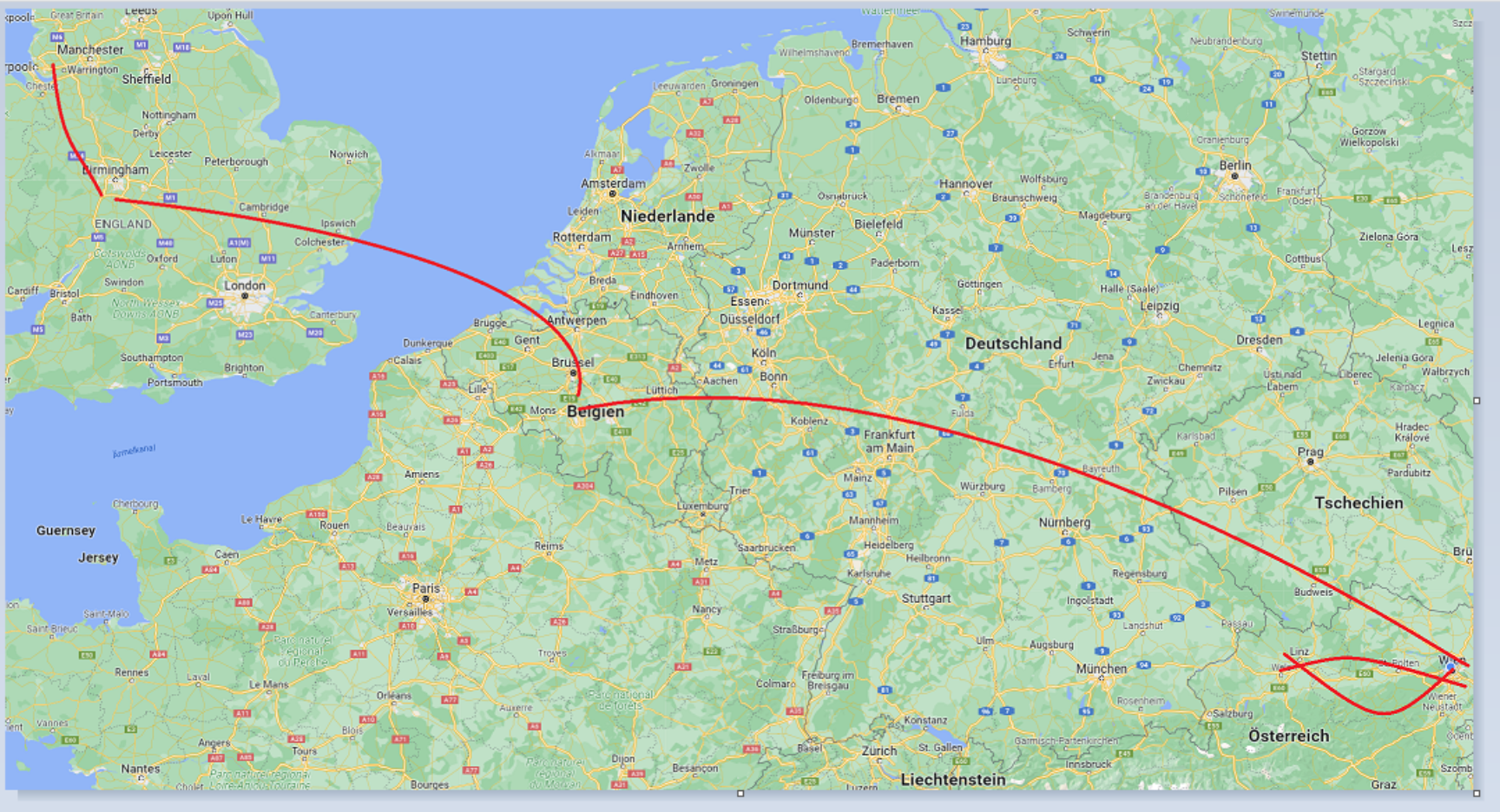 I’m confessing, that I ordered the books for the concert of Dana Gillespie at Jazzland a little late on 28th of March – first concert 5th April. To my surprise the shipment was announced for „5th April before 18:00“.
I cheered even more when I read, that the shipment was at Vienna Airport on the 1st, April 22:34 – nothing could go wrong now – I thougt …
But as the extended law of murphy states: „if anything can go wrong it will!“
Read the shipping track from bottom to the top:

On the 6th I had to leave for a business trip until friday – thus the books were parked at my home.

… after this Odyssee, since Friday 8th, April a few books are at the Jazzland in case you are interested – write an eMail to me 🙂 –
For contact details see startpage!

And a focus on part 2 including the traces of part 1 – delivery said „three persons weren’t at home! Parcel returned to airport“
My smarthome logger says „NOBODY was ringing at my door bell!“:

EIGHT tracks in total! The books were 4 times coming to VIE airport, 4 times going out from there and were waving to me when going past about 6 times. The books must have booked a privat roundtrip – on my expense :-).

The TNT toll invoice mentioned in the comment below:

Skip back to main navigation

1 thought on “Bücherreisebericht – A Books journey over Europe”